The mission of our Board of Directors is to represent the interests of shareholders in the long-term performance of the business. Our Board is committed to sound corporate governance structures and policies that enable us to operate our business responsibly and with integrity, and to position us to compete more effectively, sustain our success and build long-term shareholder value.

Our Board is currently comprised of ten directors, including our Chairman and our Presiding Director. Of our ten directors, one was born outside of the United States and one identifies as both an under-represented minority (Black or African American, Hispanic or Latinx, Asian, Native American or Alaska Native, Native Hawaiian or Pacific Islander, or two or more Races or Ethnicities) and LGBTQ+. Three of our current directors are women.

Mr. Falck has been a Director since 2013 and Presiding Director since 2016. Mr. Falck has more than 40 years of experience as a legal advisor to public and private companies. From 2009 to 2017, Mr. Falck was Executive Vice President and General Counsel of Pinnacle West Capital Corporation and its primary subsidiary, Arizona Public Service Company where he had responsibility for the company's legal affairs and corporate secretary functions. He continued as Executive Vice President, Law, through April 2018. From 2007 to 2009, he was senior vice president, law for New Jersey-based Public Service Enterprise Group Inc. and served as a member of its executive group. From 1987 to 2007, Mr. Falck was a partner in the New York office of Pillsbury Winthrop Shaw Pittman LLP where he provided strategic advice for a range of clients in the manufacturing, energy and telecommunications industries in the U.S. and abroad, including the Company. His well-developed legal and financial acumen bring great value to the Company, in particular with respect to corporate governance, mergers and acquisitions, financing, compliance, and legal matters. 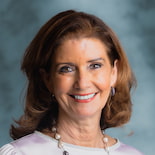 Ms. Altobello has been a Director since 2021. Ms. Altobello retired from Ernst & Young in 2018 where she had most recently served as Global Vice Chair, Talent. Prior this role, Ms. Altobello held a number of senior positions at Ernst & Young including Americas Vice Chair, Talent from 2008 to 2014, Managing Partner, Northeast Region Audit and Advisory Practices from 2003 to 2008 and Managing Partner, North American Audit Practice from 1999 to 2003. Throughout this time, she also served as an audit partner for a number of leading global organizations. She is currently a director of MarketAxess, Cornerstone OnDemand and Wex Inc. Previously, Ms. Altobello served on the boards of MTS Systems and CA Technologies before their acquisitions. Ms. Altobello brings to the Board her broad international audit experience, together with her deep expertise in managing talent, diversity and corporate culture for global organizations. 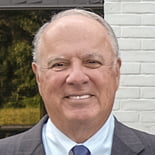 Mr. Clark has been a Director since 2005. Mr. Clark is Lead Trustee and Senior Advisor of Goodrich, LLC, where he also served as chief executive officer and trustee from 2001 until 2014. This role has provided him excellent insight into a broad range of markets and investment perspectives as well as financial analysis. He gained significant experience in general management of a complex manufacturing organization as chief executive officer of Simplex Time Recorder Company from 1998 to 2001 and director from 1996 to 2001, chief operating officer from 1996 to 1998 and group vice president from 1994 to 1996. Prior to working at Simplex Time Recorder Company, he held various positions with Raytheon Company over a period of 17 years, including service as the corporate group vice president for the commercial electronics group and as a director of New Japan Radio Company, a joint venture between Raytheon Company and Japan Radio. Mr. Clark also served four years in the United States Navy. He brings to the Board international experience as well as an understanding of the aerospace and defense industry, important markets for the Company. 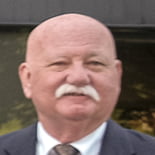 Mr. Craig has been a Director since 2017. Mr. Craig served as the Chief Executive Officer of EnerSys from 2000 to 2016 and also served as its President from 2000 to 2014. From 1998 to 2000, Mr. Craig served as the president and chief operating officer of Yuasa Inc., the predecessor company to EnerSys. He joined Yuasa in 1994 as its vice president of operations and was promoted to executive vice president of operations in 1995. In 2000, he led the management buy-out of the Americas industrial battery business from Yuasa Corporation of Japan, which resulted in the creation of EnerSys. From 1994 until his retirement, Mr. Craig oversaw the acquisition and integration of 39 companies in all regions of the world. He led the IPO of EnerSys in 2004. Mr. Craig began his professional career as an engineer with Whirlpool Corporation in 1977. He served as the chairman of EnerSys from 2000 until 2016 and served as its director from 2000 to 2016. Mr. Craig brings to the Board his extensive experience leading a global manufacturing company, together with his deep exposure to many of the Company's end markets as well as a well-developed expertise in mergers and acquisitions.

Ms. Lane has been a Director since 2020. Ms. Lane retired from Apple Inc. in 2014 where she had served as Vice President of Operations and oversaw the launch of the iPad® and manufacturing of the Mac® Desktop & Accessories product lines. From 2006 until 2008, Ms. Lane was Senior Vice President Integrated Supply Chain / Chief Procurement Officer at Motorola, Inc. Prior to working at Motorola, Ms. Lane held various senior-level operations roles at IBM for more than 10 years. Ms. Lane also served for five years as a Captain in the United States Air Force. She is a director of L3Harris Technologies, Sanmina and Signify. Ms. Lane brings to the Board her international experience building and leading global hardware operations and supply chain teams for Fortune 100 companies.

Ms. Wolff has been a Director since 2018. Ms. Wolff is currently Founder and CEO of Independence Point Advisors, a women and minority owned and managed investment bank. Prior to her current role, Ms. Wolff served in a number of senior finance positions at Bank of America, most recently as Chairman Global Corporate and Investment Banking. Prior to Bank of America, from 2009 to 2011, Ms. Wolff held senior positions at JP Morgan Chase & Company and from 1998 to 2009 at Citigroup. Ms. Wolff began her career at Salomon Brothers, where she held positions of increasing responsibility from 1989 to 1998. Ms. Wolff has significant experience with global issues acquired through her work with a broad array of international clients as part of her numerous roles in global finance organizations. Her deep experience in banking and corporate finance, in particular with respect to all aspects of capital structure and deployment, including mergers and acquisitions, is extremely valuable to the Company.

Our Board has the following five standing committees: (1) Audit, (2) Compensation, (3) Executive, (4) Nominating/Corporate Governance, and (5) Pension. The committee membership and charters are described below.