Our leadership team remains committed to our shared responsibility of generating value for our customers, employees and shareholders while also minimizing our impact on the environment and being a positive force in our communities. Of our 20 executive leaders, seven were born outside of the United States, four identify as under-represented minorities (Black or African American, Hispanic or Latinx, Asian, Native American or Alaska Native, Native Hawaiian or Pacific Islander, or Two or More Races or Ethnicities) and one identifies as LGBTQ+. Four members of our executive leadership team are women.

Adam Norwitt is our President and Chief Executive Officer and a member of our Board of Directors. Prior to becoming our Chief Executive Officer in 2008, Mr. Norwitt was our Chief Operating Officer from 2006 to 2007 and our Senior Vice President and Group General Manager, Worldwide RF and Microwave Products from 2004 to 2006. Prior to these roles, Mr. Norwitt served as group general manager, general manager and business development manager with various operating groups in the Company, including approximately five years resident in Asia. Mr. Norwitt has a juris doctor degree from the University of Michigan Law School and trained as a corporate lawyer prior to joining the Company in 1998. He also has a Master’s in Business Administration from INSEAD and a bachelor’s degree from Georgetown University. 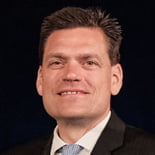 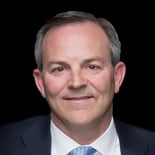 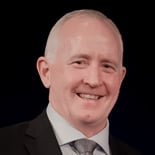 Bill Doherty is our President, Communications Solutions Division. Prior to his current role, he was Senior Vice President and Group General Manager, Information Communications and Commercial Products from 2016 to 2021. Prior to this role, he was Group General Manager, IT Communications Products from 2015 to 2016. Mr. Doherty also previously served as general manager of the high-speed products business unit and as general manager of the backplane connectors business unit. Mr. Doherty joined Amphenol in 2005 through the Company’s acquisition of the connection systems division of Teradyne, Inc. where he had been employed for approximately three years. Mr. Doherty has a Master of Business Administration from the University of Massachusetts and a Bachelor’s in Electrical and Electronics Engineering from Wentworth Institute of Technology. 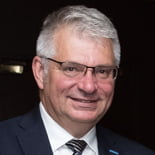 Jean-Luc Gavelle is our President, Interconnect and Sensor Systems Division. Prior to his current role, he was Senior Vice President and Group General Manager, Interconnect and Sensor Systems. He had been general manager of this group and its predecessor, Global Interconnect Systems Group, from 2014 to 2021. Prior to joining the Company, Mr. Gavelle was CEO of Souriau-Sunbank the Connection Technologies Group of Esterline Corporation from 2012 to 2014. Prior to joining Esterline, he served in various executive roles at Huber+Suhner AG for 13 years, including as COO. Mr. Gavelle is a graduate of the Australian Institute of Company Directors, GAICD.

David Silverman is our Senior Vice President, Human Resources. Prior to his role heading human resources, Mr. Silverman was general manager of the Amphenol Alden business unit from 2010 to 2013. He joined the Company in 2007 as a corporate business development manager. Mr. Silverman has a Master of Business Administration from Northwestern University and a bachelor’s degree from Bates College.

Luc Walter is our President, Harsh Environment Solutions Division. Prior to his current role, he was Senior Vice President and Group General Manager, Military and Aerospace Operations, a role he held from 2016 to 2021. Mr. Walter was Group General Manager, International Military, Aerospace and Industrial Operations from 2004 to 2015 and was Director, European Military & Aerospace Operations from 2000 to 2003. He has been with the Company since 1984. 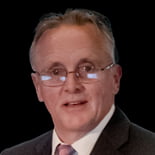 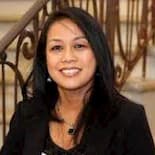 Linda Chan is our Vice President, Information Technology. Prior to joining Amphenol in 2020, she spent five years at The Nature’s Bounty in a number of high-level IT roles including most recently as VP, Digital and Commercial Solutions. Prior to working at The Nature’s Bounty, Ms. Chan worked for fourteen years at Veeco Instruments, most recently as Global Senior IT Director. She has a Master of Business Administration from Hofstra University and a Bachelor of Arts in Psychology from Binghamton University. 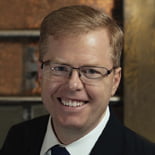 Stephen Dorrough is our Vice President, Deputy General Counsel and Assistant Secretary. He has served as Deputy General Counsel since 2014 and joined the company in 2003 as Assistant General Counsel. Prior to joining Amphenol, Mr. Dorrough was an attorney in the Hong Kong office of Marriott International’s Asia Pacific development group and an associate at the law firms of Gibson, Dunn & Crutcher and O’Melveny & Myers. Mr. Dorrough has a juris doctor degree from the University of Utah College of Law and a bachelor’s degree from Brigham Young University. He also attended the University of Hong Kong Faculty of Law and East China University of Political Science and Law in Shanghai. 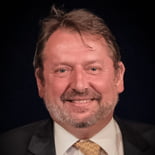 Dieter Ehrmanntraut is our Vice President and Group General Manager, Automotive Products. Prior to joining the Company in 2015, he was Managing Director and COO of AEG Power Solutions from 2014 to 2015. Prior to that, he served in various roles at Yazaki, including as CEO of Yazaki of North America Inc. from 2010 to 2013 and CEO of Yazaki Europe Limited from 2008 to 2010. Mr. Ehrmanntraut started his career in the automotive industry in 1986 serving in a variety of roles at KHD and United Technologies Automotive before joining Yazaki in 2000. He holds a diploma in mechanical engineering from the University of Aachen. 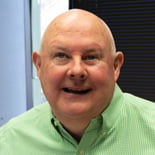 Patrick J. Gillard
Vice President, Business Development
Read more
Patrick Gillard is our Vice President, Business Development, a role he has held since 2014. He served as Treasurer of the company from 2012 to 2014 and was a group controller from 2008 to 2012. Prior to joining the Company in 2008, Mr. Gillard served in a variety of senior finance roles at Francisco Partners, Dover Corporation, Forstmann-Little and General Electric. Mr. Gillard has a Bachelor’s in Economics and Math from Colgate University. 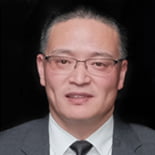 Yaobin (Richard) Gu is our Vice President and Group General Manager, Mobile Consumer Products. He served as general manager Shanghai Amphenol Airwave Electronics Co. Ltd. from 2012 to 2015 and served in a variety of sales, business development and management roles for that unit from 2006 to 2011. He joined the Company in 2006 after working in various senior engineering roles including at Nokia. Mr. Gu has a Bachelor’s in Electromagnetic and Microwave Technology from the Beijing Institute of Technology. 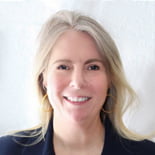 Julie Hoben is our Vice President, Environmental, Health, Safety and Sustainability (EHS&S). Prior to her role heading EHS&S, Julie was Director of Compliance for the Amphenol Industrial Products Group from 2017 to 2021. She joined the Company in 2010 as Director of Quality for Amphenol Alden Products. Ms. Hoben has a Master of Business Administration from Worcester Polytechnic Institute and a bachelor’s degree in Chemical Engineering from the University of Massachusetts. 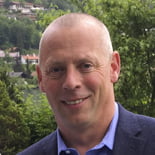 Michael R. Ivas
Vice President, Corporate Controller
Read more
Michael Ivas is Vice President, Corporate Controller, a role he has held since 2015. He served as Group Controller of the Military, Aerospace and Industrial Group from 2008 until 2015 and upon joining Amphenol in 2001, served as Director of Internal Audit from 2001 until 2008. Prior to joining the Company in 2001, Mr. Ivas began his career at PricewaterhouseCoopers in 1994 in Audit and Assurance services, serving the Greater Hartford and Boston areas as a Manager. Mr. Ivas is a CPA and has a Bachelor’s in Business Administration with a concentration in Accounting from Westfield State University. 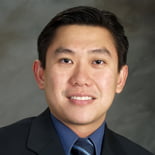 Pedro T. Lay
Vice President, Internal Audit
Read more
Petro Lay is our Vice President, Internal Audit. Prior to joining the Company in 2011, he was senior manager at Deloitte & Touche’s national office and has thirteen years of experience in public accounting. Mr. Lay has a Master of Business Administration from the University of Southern California and a Bachelor of Accountancy from Nanyang Business School in Singapore.

Sherri Scribner is Vice President, Strategy and Investor Relations at Amphenol. Prior to joining Amphenol in 2018, she was a Director at Deutsche Bank Securities and Senior Research Analyst covering the IT Hardware and Technology Supply Chain sectors. Prior to joining Deutsche Bank in 2002, she worked as an architect. Ms. Scribner has a Master of Business Administration from Columbia Business School as well as master’s and bachelor’s degrees in architecture. 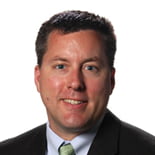 Mark C. Turner
Vice President, Treasurer
Read more
Mark Turner is our Vice President and Treasurer. Mr. Turner joined Amphenol in 2018 after spending 25 years in progressive domestic and international leadership positions with CommScope, Ford Motor Company and Accenture. He has both a Master and Bachelor of Business Administration from the University of Michigan. 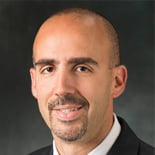 Gary Voccio is our Vice President, Tax. Mr. Voccio joined Amphenol in 2018 after spending 14 years in progressive leadership positions with United Technologies. Prior to joining United Technologies, Mr. Voccio was with Ernst & Young. He received his LLM in Taxation from Boston University School of Law, juris doctor degree from the University of Connecticut School of Law and Bachelor’s in Business Administration from Boston University.